There is a children’s movie just come out, Brave, with the heroine sporting a bow and arrow. Katnis, from the Hunger Games, was lethal with one. Legolas was extremely handsome even in the midst of a desperate fight for Helm’s Deep and never missed when he let fly. 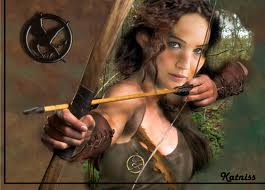 It seems that a bow and arrow are integral ingredients in fantasy, even when the setting is modern enough for guns and technology. Bows were, of course, around before fantasy. Who can forget Robin Hood in the archery contest splitting his opponent’s arrow, which had pieced the center of the bull’s-eye? Classic.

And then there are the Samurai with their beautiful longbow, the Yumi. They didn’t just shoot it with their distinctive technique, but held a philosophical discipline, kyūjutsu, akin to Tai Chi and other spiritual martial arts.

Even after the bow became outdated as an effective weapon it remained a form of training for its warrior code value. The yumi was also fired from horseback because of its asymmetric shape and this practice evolved into a Shinto ceremony known as yabusame. At the risk of sounding trite, there is a beautiful scene in The Last Samurai, with the yumi being explained and fired. 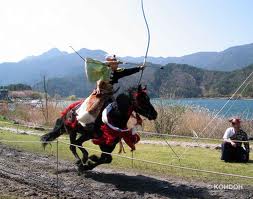 In the West we have also been drawn to the spiritual values of the bow. Eugen Herrigel’s classic, Zen in the Art of Archery, is still a classic fifty years after he wrote it. My 13-year-old has become obsessed with archery. He made his own bow and learned how to shoot it from a teacher. He takes classes at camp and has spent over a year saving up to buy a ‘real’ bow. When I wrote two scenes in the third Wycaan Master book, he provided me with a lot of excellent and rich information.

I’m still struggling with why the bow is so captivating. For some reason, I am not questioning the sword in the same way. Use of the sword is elegant, noble and also has numerous philosophies and katot (martial art form), but there is something that sets the bow apart and keeps us coming back for more. 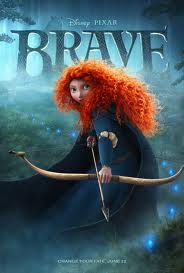 22 comments on “The Power of the Bow”