I realize that a title like this might give the wrong idea. This blog is about epic (or high) fantasy fiction – imagine Lord of the Rings. If you want to leave this post right now, I will understand.

I have mentioned that I am working with an agent preparing Wycaan Master/At the Walls of Galbrieth (I know I haven’t settled on a title). He sees his role as helping me differentiate my work from the other 499 epic fantasy submissions sitting on the acquisition’ editor’s desk.

With more than two-thirds of the publishing world of the female persuasion and given that so much of literature (and music, and movies, and business, and politics…) is focused on men, there is an understandable desire to see more female-focused stories and stronger female characters. 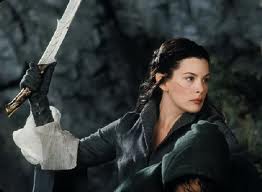 I baulked at the idea of changing my protagonist’s gender and have gone through the manuscript strengthening the secondary character who is female. She was never a doormat character, swooning after the hero, but a strong, independent individual with an attitude and a high level of skill at fighting. 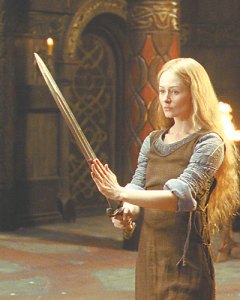 Now I am considering changing one of the other main characters into a female, someone with authority and power. There are examples out there. I am currently listening to the audio book of Terry Brook’s Voyage of the Jerle Shannara. The first book has our antagonist being a woman  (the Ilse Witch).

Why have authors of epic fantasy created main characters who are male? Given that it is not a new phenomenon that women are the vast majority of readers, I feel that I am missing something.

Alon Shalev is the author of The Accidental Activist and A Gardener’s Tale. He has written two fantasy novels and the first will enter the Amazon Breakthrough Novel Award in January 2012. More on Alon Shalev at http://www.alonshalev.com/and on Twitter (@elfwriter).

10 comments on “Fantasy and Females”