No One Has Died and I find myself disappointed. Have I Become So Corrupted?

I blame George R.R. Martin. I am on the fifth book of a series that is widely considered a classic by epic fantasy fans ­– If you want to know which, feel free to hook up with me on Goodreads – and I am beginning to find it really hard going.

I am trying to work out why this is. The world building is fantastic, and the characters are very compelling. This series has won multiple awards and turned a generation onto the genre. The Internet abounds with discussion groups, artwork, jewelry, collectible cards, and even a board game.

The series lacks two things and I am embarrassed to admit that I am missing them. The first is sex, or at least sexuality. Sure everyone sounds very attractive, but seem to blush when a dress comes above the knee. Now, I respect a society that values modesty, but in every other aspect, this is a dangerous world with bad folk, extreme circumstances, and a lot of opportunity for more than noble romance. We delve deep into the souls of these characters, but burn me (yes a hint!), if just a bit of cleavage is shown then everyone blushes and flees for cover or avert their eyes. Sorry, Master Author – no teenage boy is going to do anything less than gawk when confronted by three beautiful women in skimpy negligees.

The second aspect that is beginning to bug me is that no hero or heroine seems to die, and I am really not expecting it as I approach the end of Book Four (I also read the prequel if you are counting). Please no spoilers if there are any!!!! But we seem to have fit into a rather comfortable pace and rather predictable story arc.

But here is what is really bugging me. I read, no devoured, The Hobbit and Lord of the Rings, and there is neither anything remotely sexual (no matter the noble efforts of Peter L. Jackson), nor do any of our major characters die – with all due respect to Boromir and Haldir. 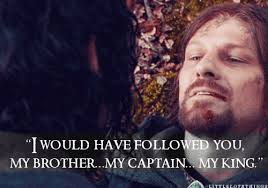 So what has changed? Me? Of course not! I am as full of self-denial as the next man. And so I point the finger at George R.R. Martin: plenty of sex (not particularly healthy I wish to note) and plenty of main characters dying.

Now I have killed my share of protagonists in The Wycaan Master series – I Didn’t Mean To Kill Her and Oops! Just Killed A Friend – and I have neither enjoyed the criticism I have endured for my efforts nor got over the personal sense of loss that each death inflicted on me (let alone the character), but somehow I now crave that tragic turn, expect it, even anticipate it.

What has happened to me? Have I lost my (fantasy) innocence? And what shall I read while waiting for the next Game of Thrones?

Alon Shalev is the author of the 2013 Eric Hoffer YA Book Award winner, At The Walls of Galbrieth, and three more novels in the Wycaan Master Series: The First Decree, Ashbar – Wycaan Master Book 3, and Sacrificial Flame – all released by Tourmaline Books. From Ashes They Rose, the fifth in the series, will be released in September 2015. The story continues.

I really should not be surprised. My publisher has done this to me before. They have taken my award-winning At The Walls Of Galbrieth, the opening book of the Wycaan Master series and, in celebration of the impending release of Book 5, are offering the ebook version for 99 cents.

Let me rephrase this: the novel I toiled over for two years (twice as long as any other might I add), the novel that I sweated over as I read it to a disbelieving writer’s group (I was already known for three published social-justice themed novels which distinctly lacked any elves or dwarves), and it bears repeating, that novel that won the 2013 Eric Hoffer YA Book Award.

I would like to rant that my novel is being sold for the price of a cup of coffee, but I defy you to go find a decent cuppa joe less than three times that amount. It takes a few minutes to create the perfect latte, but a novel…

Now I think my publishers like (more likely tolerate) me because I am not a prima donna. I roll with the punches, the change in book title, cover design, date of publication, and book price … eh usually.

They explained patiently that the excitement generated around a book release that is deep into a series is a great time to get people who have been thinking of starting a new fantasy series to take the first step. It is a strategic marketing tactic they say.

Now I know they are totally right, way smarter than me about such things, but that really doesn’t help. All I see is a book I poured my heart into, a novel that made me cry and cheer, and want to learn archery and swordplay. It is a novel of a young elf, written with the thought how the sons I wrote this for might react. As such, the protagonist, Seanchai, became another son. And so I shared in his fears, frustrations, exhilarations, and his first love.

Now you can share that too…all for the price of, well: help me out Macklemore & Ryan Lewis – It was 99 cents!

But if I could have it my way, it won’t be for long! Have a great week,

Alon Shalev is the author of the 2013 Eric Hoffer YA Book Award winner, At The Walls of Galbrieth, and three more novels in the Wycaan Master Series: The First Decree, Ashbar – Wycaan Master Book 3, and Sacrificial Flame – all released by Tourmaline Books. From Ashes They Rose, the fifth in the series, will be released in September 2015. The story continues.