I’m reading a series of books about marketing my novels. They each prioritize a central marketing principle: Know Your Target Audience.

I realize, being relatively new to the epic fantasy scene that I don’t know who these people are. I have never frequented conventions or even chat groups online. When I go to social occasions, I often ask people what are you reading right now, because sports and politics can only go so far – and real men don’t discuss work or family (as a new immigrant to the US that’s what I was told).

But when I ask the question, people rarely say epic fantasy. During the days of Harry Potter, the Inheritance series, and now The Hunger Games, a man could come out of the library closet because his children were reading them and he was showing himself to be an in-touch father. 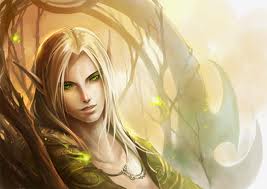 So here is my request. If you read epic fantasy, please answer as many of the following questions as you have patience for.

5. What is your profession?

7. What do you look for in an epic fantasy book?

8. Do you read books on an eReader or as a hardcover/paperback? (if both, please assign a ratio).

9. How many books do you read a month?

10. Who is your favorite epic fantasy author? Why?

One last favor if I may. Please pass this on to friends and family who you think might read epic fantasy and ask them to mention your name as referral. I would like to offer the first 20 people who refer 3 responders to the survey an eBook of either:

The Accidental Activist  or

Thank you for your help. I will publish the results if I can get 50 responses.

Wow! Killing a friend ain’t easy. You think you’re ready for it. You have planned the dramatic demise, executed to perfection, but when it gets right down to it, it is soooo hard.

And when they are lying there dead, with an arrow though their heart, or an axe wound in their head, you think you can just walk away. But what do you still have to do?

Press the Save button. 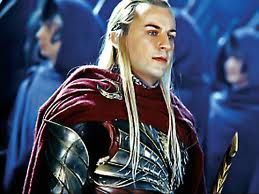 Haldir – too noble for our times.

Do you get the irony? Your friend lies dead on the page, their blood still wet, and you are totally responsible for it. Sure you didn’t wield the axe, or aim the bow, but you created this person, this character, this hero.

He trusted you, allowed you to move him from one part of the kingdom to the other. He has seen you put him in a tight jam and always something happens to get him out of it in the nick of time. He never complained.

Except this time he is dead. You killed him and now he glares at you from the computer screen. 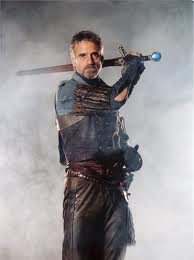 Brom – never got over the loss of his dragon.

And you walk around in a daze. What made you do it? Why? For the glory? So that the reader would say: “Wow I never thought he would dare…” And you know you will have to face your writers group next week with this and get flayed. They loyally listened to your manuscript week after week, growing to love your characters, buying into your plot, and now you do this to them!

He hasn’t gone you know, not really. A knock on the door, a guy at the gym with the same tattoo, a person who bumps shoulders on the busy train platform. Your eyes meet fleetingly and you look away, guilty, ashamed. How could you have done that?

You killed a good friend, one who let you create them. And now you are going to expect the other characters in the story to trust you? Beware my friend. You never can be sure just how the next chapter will end.

I simply could never accept this. Destroyed my childhood innocence and I’m in my 40’s!

Since I wrote Wycaan Master with my (then) 11-year-old son, I assumed that our story fitted the Young Adult genre. It is a coming-of-age novel, so I never gave it much thought. There is no clear sex or profanity, though race is a big issue in the first book.

Since I have become absorbed in the fantasy genre, I have begun to wonder where the line is drawn. As I continue to write the second and third books in the series, intimacy has developed between characters, sometimes direct and at other times implied. There has been plenty of violence and references to overindulgence in alcohol. Colleagues at my writers group have questioned whether I should be including these themes.

As I began to research this, I found a number of excellent sources regarding YA fiction in general. Heather Dunlevy-Scheerer has written an interesting article about the historical development of YA literature.

She lays out several characteristics that she took from someone called Niday (I couldn’t find a clear reference).

(1) a teenage (or young adult) protagonist

(3) adult characters in the background

(4) a limited number of characters

(7) detailed descriptions of appearance and dress

From a brief skimming of the Internet, it seems that the common thread in YA fiction is an adolescent, rather than an adult or child, protagonist. However, the subject matter and story lines of leading YA literature are relevant to the challenges of youth, and more edgier novels include themes such as identity, sexuality, science fiction, depression, suicide, drug abuse, alcohol abuse, money issues, race, familial struggles, and bullying.

There are a number of YA novels currently in print that are on the edgier sides, dealing with peer pressure, drugs, gangs, crime, violence, sexuality, incest, oral sex, and female/male rape.

The obvious criticism of these novels is that they encourage destructive or immoral behavior or at least bring them into the adolescent’s mind at too early an age. Countering this is the fact that teens will be better equipped to deal with real-life difficult situations and social issues because they have role models in the protagonists they have followed.

Where is the line drawn in amount and nature of such issues between appropriateness and inappropriateness in young-adult fiction? How can we keep literature as a relevant medium when the exposure of TV, computer games and Internet is almost not monitored and easily accessible? None of these mediums, in my opinion, can offer the depth of thought and emotion that a good book provides.

Now more than ever, YA literature needs to stay relevant. Maybe the adults (including parents of teens like myself) have to accept that we might be more uncomfortable with this than our children.

SPOILER ALERT: If you haven’t read the book or seen the movie but plan to, you might want to skip this week’s blog post.

I actually posted this on Left Coast Voices but wanted to share this with elfwriter followers as well. There have been a number of articles gleaning lessons from the Hunger Games for their preferred audience. Apparently, everyone is getting protective about having the original idea and the others not giving credit to them. So let’s get that behind us: I had the idea for this post after reading David Berkowitz‘s article for a fundraising magazine.  Thank you, David.

For those of you from another planet, “The Hunger Games,” is an amazing high-concept story about a post-apocalyptic society that annually sacrifices twenty-three teenagers as a way of reminding everyone who is in power.

1) Define Your Goals: Set A Few Simple Tasks: It took Katniss (the heroine) a while to decide what she needed to do in order to win (kill the others). Her mentor gave her clear first steps – get away from the Cornucopia, find water and shelter – which in turn gave her confidence and momentum.

2) Know What You Are Writing: Heroine Katniss is the archer. Her cohort Peeta could pin Hulk Hogan. Figure out what your strengths are and play to them.

3) Know Your Target Audience And Find Them:  Cinna, is a one of the most enjoyable characters in both book and movie. He is Katniss’ and Peeta’s stylist, responsible for ensuring that the crowd sit up and notice them. Together with Haymitch, their district’s adviser, they come up with a strategy to earn not only the support of the people, but also the all-important sponsors (media outlet or publishers for authors). What is important is that they stick to the strategy and maintain a consistent message.

4) Find Your Own Platform, And Get Comfortable With It: Katniss soon learned that the forest was her friend, using the stealth methods she had honed hunting. Likewise, she was both good and familiar with the bow as her weapon.

As authors, we often join every social media and adopt every tactic, essentially not doing much in any category. Choose a platform – blog, Facebook, etc. and consistently work through it. If you decide to go via bookstores, be consistent and follow up with every bookstore before, during and after an event.

5) Be Generous – There Is Something To Karma: Katniss had endured a tough childhood and carried the obvious scars. She was stubborn, a rebel, and uncooperative with her advisor and most everyone else. But she cared about others and this eventually paid off. Three other tributes saved her life because of this.

We are not competing with other authors. People aren’t choosing between their books and ours. Help others, share your experience, be generous with your time. People remember who stood by them and supported them. They will be there for you.

6) The Rules Change: The organizers freely change the rules in the Huger Games to suit their own goals. There is nothing fair or just, they simply want to achieve their own goals. Be ready to change tactics. If you are only selling books out the back of your car (still works for me!), and not on the Internet, you haven’t been paying attention. 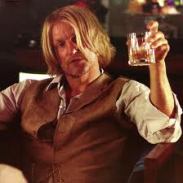 7) Choose and Trust a Mentor: Haymitch, the advisor to Katniss and Peeta, was the only other citizen from their district to survive and win the Hunger Games. As a rude, obnoxious recluse who is also an alcoholic, he doesn’t really inspire.  But he made it and knows his stuff. Find a mentor and stick with them.

8) The Odds Are Never In Your Favor: so get over it. There is no guarantees for success.  It is not quite as bad as the Hunger Games where there are no second or third chances. Read a lot. Learn from others’ mistakes, learn from yours, and okay: may the odds be ever in your favor.