The last few weeks have been spent communicating with a very talented book cover designer, William J. Kenney, who has designed the book cover for At The Walls Of Galbrieth. I am quite amazed how someone who has never met me or understands how my brain works (disclaimer: not that knowing me will guarantee that either), can interpret my jumbled explanations into a cover, far better than anything I could imagine.

I might be bias here, but I think epic fantasy book covers (and also sci-fi) must answer to higher standards. My social justice-themed novel, The Accidental Activist, is based on a photograph that I took in San Francisco’s financial district. The cover artist did an amazing job, but it is still based upon something real.

Claudia McKinney, the artist who designed Amanda Hockings’ book covers, designed the cover to A Gardener’s Tale. The different concept from the first edition is amazing and, I believe, a big help in raising my sales levels. My publisher told her that he wanted to stress the strong Pagan theme and earth spirituality running through, she came up with a number of excellent options.

Designing book covers for a series is an additional challenge and, given that there are three, maybe four books in the Wycaan Master series, I now feel I have clear picture of how I imagine William will develop each cover. What I find interesting is that it doesn’t always have to be intricate. Christopher Paolini’s covers are not detailed, but still instantly recognizable. As each new cover was announced, my sons and I shared a collective gasp of anticipation. 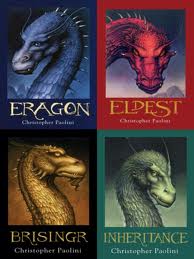 The question I want to pose here is what constitutes a good epic fantasy cover? There are some covers that I just sit and gaze in wonder, often several times when I pick up the book to commence reading. So, please also share your favorite fantasy book covers. Let’s make a Top Ten: over to you…

Next week – the official unveiling of the book cover: At The Walls of Galbrieth – Wycaan Master Book 1.