As I mentioned last week, I am work-shopping a magical realism novel to my fearless writer’s group. I was worried how they would react to the more graphic violence and the explicit sex that is a far cry from the YA epic fantasy novels I have shared over the past few years. 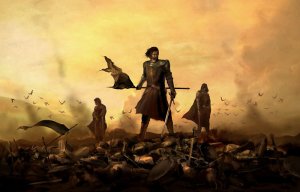 Song of Battlefield by Norry at Epilogue

But this week, a couple of the participants surprised me. They suggested that perhaps my protagonist is too in touch with his feelings, that he is too sappy in his budding relationship with the sassy, but attractive Brynn.

The protagonist, the Kingfisher, has experienced many traumas, including the destruction of his country and family, for which he feels responsible. This looming sense of failure follows him as he begins to tread a similar path in Cassia, while searching for his sons, who have been sold into slavery.

“How is it,” one of my readers asked, “that one minute he can be ruthless and violent with his enemies, and then so tender with those close to him?”

“How can he,” another asks, “be so traumatized, yet so self-aware?”

I am puzzled by this, not least because if the Kingfisher was female, I suspect we would not be asking such questions. It feels (on a totally different level of awareness, I know) similar to hearing political pundits wonder whether Hillary Clinton can function both as President of the United States and as a grandmother. No one asks this of her male predecessors. Apparently one can be a President and grandfather, though judging by some of their performances, I am left wondering…

I work hard to present my characters as multi-dimensional. This summer, I began the indoctrination of my family (not the protesting youngest) with Game of Thrones. Mrs. Bloggs (she should actually be addressed now as Dr. Bloggs) pointed out that there is only one (royal) character in George R.R. Martin’s thousand-character cast, who it is easy to thoroughly hate. No spoilers, however! 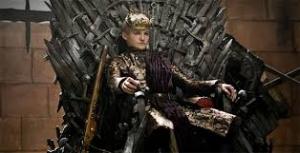 I have written previously of my admiration of Martin’s ability to make us care for his characters while blatantly exposing us to their flaws.

Most people in real life are both good and bad. It is the endless struggle wherein we strive to make ourselves better human beings (or not), and we are, by and large, inconsistent. There are days when we are heroes and others we are embarrassed about.

Fantasy is all about showing the reality of human behavior in a different concept, fiction allowing us to bend the story to suit our plot. Nonetheless, fantasy (and most genres of fiction) stand and fall on the reader’s ability to connect: with the plot, characters, and conflict.

I lived for two decades in a country where all eighteen year olds are conscripted and many serve in combat units and see real action. It never ceased to surprise me to discover that a gentle father was an officer in an elite unit, or that a mild-mannered man was a sniper, holding life and death between his sights. I see it in other people’s expressions when I talk of my own experiences.

Perhaps the issue that my readers are experiencing with the Kingfisher, is that we are hearing him speak and think in the first person. We are literally inside his head and this might be why so many feel his introspection is so jarring. We feel his pain, his rage, his love, and his conflict.

Most men can hide their fears in the privacy of their bedrooms, their cars, or their empty bottles. We don’t need, or are expected, to express our inner emotions and vulnerabilities, in public. And if we do, perhaps we are scorned for being sappy and in touch with ourselves.

Perhaps this is why we need fiction: to show the human side of half the world’s population, when the world is not ready to see it in reality.

The review copy arrived this week. Unfortunately there was an error of placement of the book cover and there is at least another week’s delay. I understand why Tourmaline Books we so vague with their: out this summer. I just hope they aren’t aware that in Berkeley our summers can go on until the end of October! 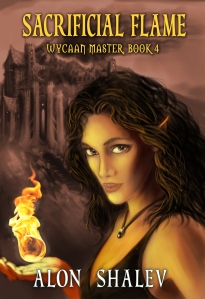