I swear I didn’t. She is beautiful, funny and has a wicked repartee. My protagonist might be a bit wooden, excusable given all the tragic events he has gone through and the overall mission he is on. He is moody, serious, but very good at killing the bad people. While he has great depth, she lightens him up.

And I’m going to miss the sex. She is as creative in this realm as she is with her comments.

It was an accident. Really.

An assassin came to kill the prince. The protagonist chased him all over the castle battlements. They both had bows and shot at each other from some really cool angles, or while jumping or falling. I had a great time and if there are any video game designers out there, it will make a great video game addition to the movie (oh, and if there are any producers out there…).

So the good guy and the baddie are running and jumping, and I’m having a ball as my fingers speed around the keyboard. Suddenly they find themselves face-to-face with the prince and my aforementioned heroine.

Now all this had been planned, in as much as I thought of the chase while at the gym in the morning. What came next surprised even me.

Hero does a neat role and kills assassin, who gets off a shot at the prince. Sexy woman dives on the prince and takes the arrow herself.

I am staring at the screen. My reflexes press save and I curse that holy ethic that pompous authors such as myself are wont to say over a Merlot in a party (it would be legit to imagine mine accompanied by an English accent, acquired at birth, cultivated for maximum pretentiousness: “Oh yes, I let the story guide me.”

Kind of like my protagonist and the prince, I am now staring at her prone, slight body, red hair splayed around her, and blood ominously seeping from her chest.

It was time to pick up my youngest from school. As we walked home, he asked if I was okay. “I have a problem,” I said and described the above scenario.

“Of course you can change it,” my 10-year-old says. “It’s your story,” and he spent the whole walk home offering various scenarios from his vivid imagination.

Sometimes it takes a child to add proportion. My fantasy woman will live… for now at least. I’m old enough to know I am not master of my own destiny, but I’ll be buggered if I cannot be master of my own muse. 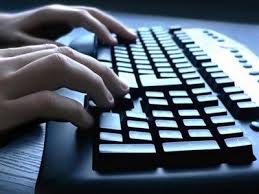 So tonight I will make the necessary changes. And if the critic cops point fingers at me, I’ll just hold up my hands: “But… I didn’t mean to kill her.”

Alon Shalev is the author of the 2013 Eric Hoffer YA Book Award winner, At The Walls of Galbrieth, Wycaan Master Book 1 and The First Decree, both released by Tourmaline Books. Ashbar – Book 3 – is due for release in October 2013. Shalev is also the author of three social justice-themed novels including Unwanted Heroes. He swears there is a connection. More at http://www.alonshalev.com and on Twitter (@elfwriter).

6 comments on “I Didn’t Mean To Kill Her”