Rarely does a week without me being asked when the fourth Wycaan Master book is coming out. Let me be very clear: I am absolutely chuffed (ecstatic in my new country’s vernacular) that people ask and truly humbled that readers care enough to ask and want the next installment.

Most of these questions come from young people, the generation of instant gratification. You click and you get it. It is hard to explain that it takes 5-6 months to write, a further 2-3 to edit, and another couple to publish. I have set a goal of a book a year, and I don’t believe I can produce more. Those who crank them out (or have others write for them) are, I suspect, doing themselves a disfavor, even if they sell well.

I can’t help thinking that unless you blindly follow a strict formula, there needs to be some creative downtime and an opportunity to mull over what has happened and where the series might be going. I’m trying to work a good wine or whisky analogy, but failing dismally. Everything needs to ferment and you need to burst into the next book, not start still breathless from the last climatic battle.

I am, however, waiting on two ‘next installments.’ The third Magicians book by Lev Grossman is due out in the fall and then there is that author I dare not mention who takes a couple of years to write each tome.

In total hypocritical mode, I have to say I am impatiently waiting for these books. It is really a compliment that readers bond with the characters and want to see how they develop.

But it is also pressure. The need to maintain a creative energy is perhaps akin to working out and keeping your body at a weight or suppleness that age and gravity take issue with. We know that our bodies react better when we work out regularly, and sometimes I think that it is the same with writing.

If I was to give one piece of advise to a beginning writer, it would be to cultivate a daily practice, whether writing a chapter of your novel or blogging, but not your shopping list. I only write a first draft of a novel in half a year, the other half as explained above is for editing, production and promotion.

While I embark on a novel with a lot of excitement there is also apprehension as I begin to work those creativity muscles and feel the soreness and fatigue. This feeling disappears as I settle into a rhythm and the plot reveals itself to me.

And if I have doubts, or feel lethargic, I always have those readers who earnestly ask: “When’s the next book coming out?”

It happened earlier this week in the Financial District of San Francisco. It was a rainy workday and I was sitting in a café editing Wycaan Master, my fantasy novel, when these two beautiful women entered. I’m a guy: I peeked, taking in their tightly, swept back hair, high cheek bones and narrow eyes, all accentuated by carefully applied makeup. They were both tall and thin.

Then I realized. I had been disappointed as my gaze moved to their ears. Their ears were not pointed! 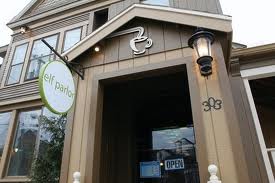 I was shocked. I had really expected pointed ears? It’s this elf thing…it’s taking over. When I am writing a story I am absorbed…totally. Even when editing, I am completely caught up in the story. I can read an emotional scene a dozen times and still be moved to tears (Confession: I once cried during a Simpson’s episode, but that’s for another time).

However more recently I am taken when I see someone who might fit into my fantasy world. A walking stick becomes a staff, and I expect a short, bearded man to have an axe at his side, not an iPhone.

It is taking over.

I’m not the first to stumble down this route. In his excellent book about writing fantasy, Terry Brooks admits to disappearing into the world of Shannara.  Often it happens when he is at the dinner table or with family or friends. His eyes (so he is told) gaze into the distance and everyone understands.

Now Terry Brooks can get away with it for two reasons:

1) He is older and entitled to a senior moment.

2) He is a best-selling author and there is nothing like success to romanticize a little eccentricity.

While I will one day be older, if the gods allow, the success isn’t assured. I am going to have to learn to curb my imagination, to stay in this world until sleep or time in front of a computer allows. A few glasses of single malt can also help.

But I don’t want to block it. My characters are part of my life, their challenges are my problems, and their triumphs are my successes. If I block them out just once, will they come back when I beckon them?

It’s tough living in two separate worlds, but I wouldn’t have it any other way. 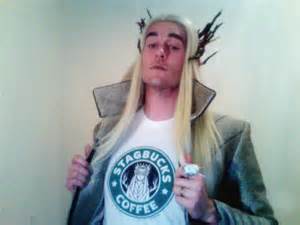 Finally, it is St. Patrick’s Day. Did you know the Irish for whiskey is ‘Uisce beatha’, which literally means ‘water of life’?

Alon Shalev is the author of The Accidental Activist and A Gardener’s Tale. He has written two fantasy novels and the first has been entered into the Amazon Breakthrough Novel Award in January 2012. More on Alon Shalev at http://www.alonshalev.com/ and on Twitter (@elfwriter).