“Hey Dad. Do we have Amazon Prime?”

“Great. We can get your ebooks for free .” He pauses for a few moments, perhaps pondering his own statement. “Err Dad. Do many people have Amazon Prime?”

“I believe it’s growing in popularity,” I say, invoking my fatherly privilege to all knowledge.

Actually, Morningstar analyst R.J. Hottovy published a report in March 2013 that claimed Amazon Prime membership had more than 10 million at the time of writing. Shame I didn’t have the use of Google during our discussion.

“So for all our hard work, and the fact that At The Walls Of Galbrieth won a fancy award, anyone can now get it for free? That sucks.”

“It’s like a library,” I say, not sure whether I want to convince him or myself. “People can now borrow the ebook and it will help fantasy readers to learn about my writing and the Wycaan Master series.”

“But they get it for free?” He has a certain skeptical frown that develops during adolescence, when teenagers begin to discover their fathers are generally making up fatherhood as we go.

“They do,” I gulp a glass of water. “But this is good for my market penetration.”

“Look son. You know how you are always complaining that you don’t have money to buy books?”

“You mean video games and a Harley, right?”

“Well think how many teenagers won’t have to deal with that problem now. They can borrow my book for a month on Amazon.”

“If you have Amazon Prime,” I add.

“Where did you get this idea?”

“From a marketing  book that focused on Amazon.”

“How much did you pay for this smart book, Dad?”

“I didn’t,” I reply. “I borrowed it for free from Amazon Prime.” 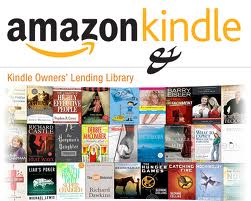 It has taken me a while to understand the concept of Amazon’s Lending Library, but the idea that I can get my book out there quickly is very tempting. If you are an Amazon Prime member, you can indeed now borrow the ebook.

While there is no necessity, if you do so, please leave a review and help me convince my son and his father.

At The Walls Of Galbrieth will be in Amazon’s KDP program until the end of 2013. Enjoy, catch up. Book 3 should be out any day soon.

UPDATE: Ashbar – Wycaan Master Book 3 was released today in paperback. Here is the link. The ebook should be available next week. 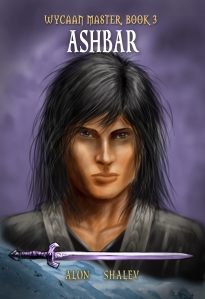 Alon Shalev is the author of the 2013 Eric Hoffer YA Book Award winner, At The Walls of Galbrieth, Wycaan Master Book 1 and the sequel The First Decree, both released by Tourmaline Books. Ashbar – Book 3 is the third in the series, released in October 2013. Shalev is also the author of three social justice-themed novels including Unwanted Heroes. He swears there is a connection. More at http://www.alonshalev.com and on Twitter (@elfwriter).