Research is important for the authenticity of a novel, right? But with six epic fantasy novels published and having written about half a million words in 3.75 manuscripts of a medieval fantasy series, it was a bit embarrassing to get so blatantly caught out.

While my Kingfisher series (looking for an agent, btw) is based on a fantasy land, it looks, feels and sounds like England. Born into a craftsman family in London (at the north end of the Underground’s Northern Line – does that give me “The North Remembers” bragging rights? – I figure I’m allowed. I can wield the olde language better than a lance, and read out loud to my writers group in the olde tongue (or at least the olde accent).

There I was reading about my characters digging into a feast of lamb stew and potatoes, when someone piped up that potatoes didn’t exist in England or indeed Europe until after the discovery of the new world. I protested. “What about Ireland?” I mumbled . I should have known better, arguing with a historian who writes excellent gold rush novels and has us salivating every time his heroes stop to eat.

Now, having written for most of the six-hour flight to Toronto and hearing my connection is delayed, I thought to burn some time doing actual research. So here it is:

The peasants ate cabbage, beans, eggs, oats and brown bread. Occasionally, there was cheese, bacon and chickens. If you lived near water, fish would feature prominently, whether freshwater or sea. The fish could be dried, salted or smoked, which enabled them to be kept for the winter or for trips.

They might have milk from sheep and goats, but cows were not popular because the milk went off quickly. Herbs, roots, nuts, and edible flowers garnished the plate.

Actually, not the plate. They didn’t use them. Many carried their own bowls and spoons, and often used a loaf of bread with the middle torn out – a trencher. Nor did they use cutlery or artificial sweeteners. Honey was plentiful and used to sweeten and to make medicinal herbal concoctions drinkable.

The wealthy apparently did not eat their greens, having more access to livestock and the bounties of hunting – pheasants and deer, for example. Interestingly, they used spices heavily to create thick, rich sauces. They also refined flour making white bread a delicacy.

Ale and beer were available to all, but wine was only for the upper classes, as it was imported from Italy, Spain, and France

There are actually a plethora of websites that give far more detail, including this excellent one. But the most entertaining by far was this 2-minute video from Mama Natural. Well worth it!

Oh well. Guess I will have to scrap my sequel – Knights of the Golden Arches! – They were going to take over the world through real estate acquisition, cut down the ancient forests for grazing, pay their serfs  minimum wage, and destroy their enemies by encouraging them to become obese and have high cholesterol. 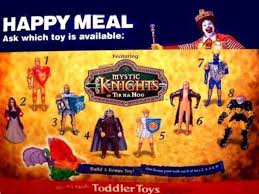 Admit it, you were hooked!

Alon Shalev is the author of the 2013 Eric Hoffer YA Book Award winner, At The Walls Of Galbrieth (ebook currently at 99c) and five other Wycaan Master books all released by Tourmaline Books and available in KU. Sign up for more information about Alon Shalev at his author website. 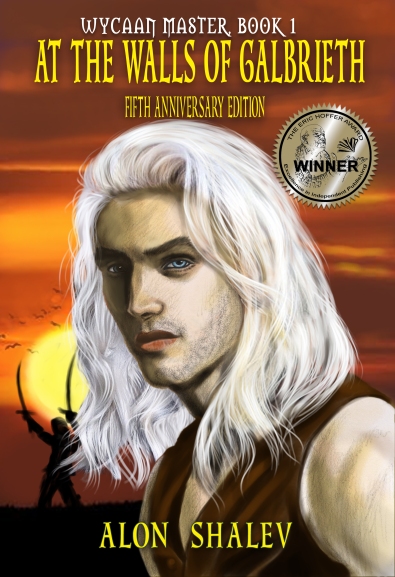